God Calls You To Do His Work 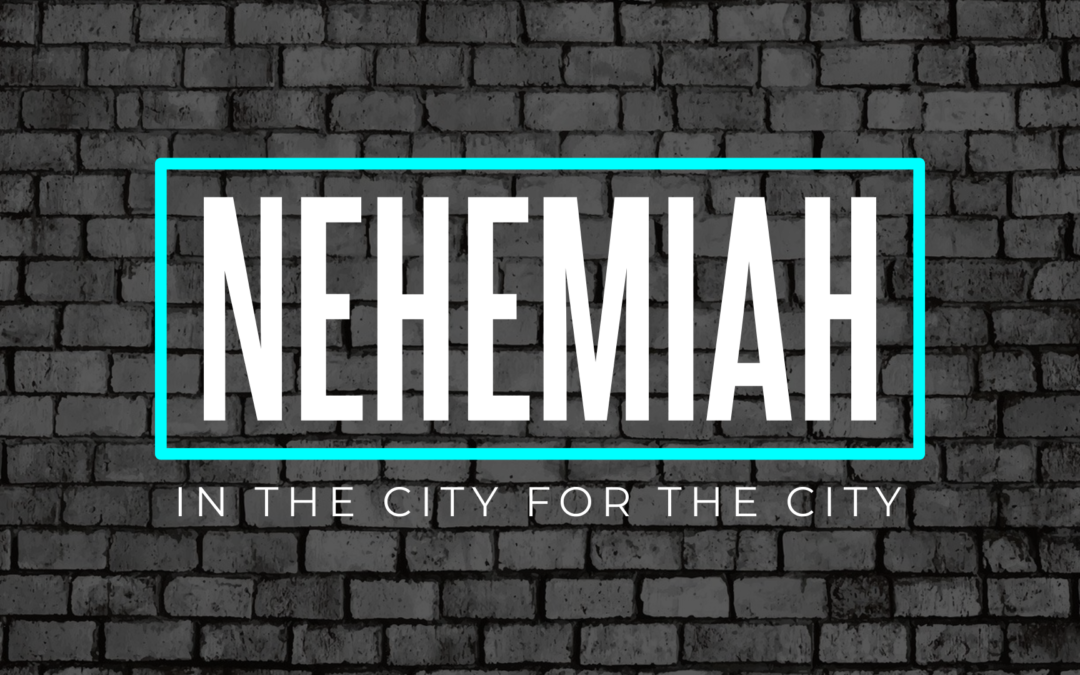 I’ve never been in the military, but I’ve seen Saving Private Ryan and I’ve done a handful of pushups here and there, so it basically amounts to the same thing. (Totally kidding.) Anyway, in that movie — or any war movie, really — there’s a group of soldiers tasked with a specific mission: get Private Ryan home safely — or else capture the hilltop, flank the enemy, evacuate the villagers. Things always go sideways, but no matter what happens, the soldiers remain steadfast in accomplishing their mission.

We see Nehemiah in chapter 6 doing the same. When the bad guys invite Nehemiah to take a break for a few days and meet them on the plain of Ono, he refuses. Not only because he didn’t have enough vacation days saved up, but mostly because he knew they planned to murder him. (We’re not even going to get into the hilariously appropriate name Ono, because that’s just too easy, but can we take a moment to imagine God chuckling while the Holy Spirit dictated the book of Nehemiah because in a few thousand years English-speaking readers of the Bible were going to get a huge kick out of it?) They try other chicanery, but Nehemiah is focused only on the mission of God and foils their every plot. God’s work will go forward.

But maybe you’re like me and you’re not in charge of some national building project or anything particularly important. Maybe you don’t feel like the work that you do is that big of a deal in the grand scheme of things. Maybe you struggle to see where your contributions to the kingdom fit into God’s plan for the redemption and restoration of all creation. Lisa Whittle says in her book Jesus Over Everything, “This lie has been around for so long, sometimes I wonder when it will ever go away. But it’s an evergreen (and effective) tactic of Satan to get believers discouraged and off course from serving God. The reality is that most of us will spend our lives serving God in small, less glamorous capacities, never with a spotlight on us, simply because most of life is found in small yet significant moments. … Remember: Everything in the kingdom of God is big because God is big.”

The point is, it’s not the size of your work that matters, it’s the size of your God. And he’s real big. Our family recently went camping, and there were a million jobs to do in order for everything to go smoothly and for us to eat and stay warm, everything from clearing two tent sites of rocks to gathering firewood to sharpening skewers for roasting marshmallows. Even the four-year-old had a four-year-old-sized job to do, and just because it was little doesn’t mean it wasn’t needed. As comedian Bunmi Laditan puts it, “I’ve never scaled Everest or jumped out of a plane at 12,000 feet, but I have taken three kids to the grocery store at five o’clock so don’t tell me I’m not living dangerously.” It’s all relative.

And since life imitates art, as the saying goes, then just like in the movies, expect that things are going to go sideways. Maybe (hopefully) not murder plots, in your case. But you may feel God calling you to start a Bible study at work, except no one’s schedule seems to line up. You may run up against debilitating, long-term illness, yours or someone you care for. Maybe you’ve been committed to an area of ministry for a long time and you’re starting to feel burned out or taken advantage of. Maybe you’re a stay-at-home mom, and your kids have been driving you so crazy that some days you don’t even like them anymore. Pray, like Nehemiah, “O God, strengthen my hands.” Help me do the work you’ve called me to do. Help me stay the course. And He will.

The writer of Hebrews reminds us, “for [God] has said, ‘I will never leave you nor forsake you.’ So we can confidently say, ‘The Lord is my helper; I will not fear; what can man do to me?’” (13:5-6). And he closes the chapter with: “Now may the God of peace who brought again from the dead our Lord Jesus, the great shepherd of the sheep, by the blood of the eternal covenant, equip you with everything good that you may do his will, working in us that which is pleasing in his sight, through Jesus Christ, to whom be glory forever and ever” (20-21). Did you catch that? If God calls you to do his work, he will equip you for it. Don’t ever doubt your credentials or qualifications to do the work of your heavenly father. As we learn in 1 Peter 2:9, “But you are a chosen race, a royal priesthood, a holy nation, a people for his own possession, that you may proclaim the excellencies of him who called you out of darkness into his marvelous light.” You, as the people of God, have been set apart for a purpose: to do the work of God in the kingdom of God for the glory of God. Remember, as Dallas Willard so excellently phrased it, “Grace is not opposed to effort, it is opposed to earning. Earning is an attitude. Effort is an action.” You are already chosen, brothers and sisters. You couldn’t earn it if you tried. But now we get to work.

And just like a single soldier in the trenches in a small corner of a battlefield in the midst of a protracted war, you may never fully understand the impact your work is having on the final outcome. That doesn’t matter. Our success as Christ followers is measured not in six-figure salaries or Sunday attendance numbers or evangelisms per minute; our success as Christ followers is measured only in obedience. Paul writes in Philippians, “Not that I have already obtained this or am already perfect, but I press on to make it my own, because Christ Jesus has made me his own. Brothers, I do not consider that I have made it my own. But one thing I do: forgetting what lies behind and straining forward to what lies ahead, I press on toward the goal for the prize of the upward call of God in Christ Jesus” (3:12-14).

We are meant to picture a relay race, with the runner straining forward, her whole body in a posture of exertion and forward motion, to grab a baton being held out by the previous runner. That is the church. We are spiritual descendants of those who came before us, passing on the baton of the mission of God. We now run the race, pressing onward toward the goal of Christlikeness, and one day we too will pass the baton to others. And why do we do it? Paul is clear: because Christ Jesus has made us his own. We were adopted into the family of God, and now we are to be at work in the family business. It’s not always going to be easy, but when we keep focused on the face of our Savior, we will always be filled with joy. As the writer of Hebrews says, continuing the relay race metaphor, “Let us run with endurance the race that is set before us, looking to Jesus, the founder and perfecter of our faith” (12:2). “Therefore lift your drooping hands and strengthen your weak knees,” says the writer (12:12). You’re not running alone, but you’ve got to run.

Robby Gallaty writes in his book Growing Up, “Hold your hands out in front of you with your palms up. Really, do it. See what is in your hands. Whether or not you feel worthy or ready, the baton has been passed to you. What will you do with it? Will you fumble the handoff, or will you run with passion and conviction? Will you make disciples? … One day we will meet the King of the Universe face to face and give an account of how well we carried the baton. … Take the baton, run the race, and pass it on. Eternity is at stake.”