Do you know the meaning of Prodigal? 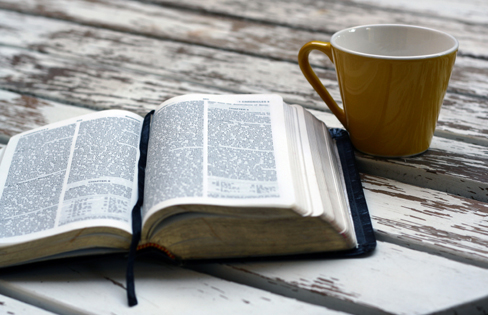 Pop quiz: what does the word prodigal mean? If you’re like me, the only context you have for that word is the parable of the prodigal son found in Luke 15. At the end of the story, after the son wastes his inheritance on reckless living, comes to his senses, and returns home to beg his father’s forgiveness, the father says, “For this my son was dead, and is alive again; he was lost, and is found” (24). As a child I assumed prodigal had something to do with being lost and then found, losing your way and then returning home. And indeed, the whole chapter of Luke 15 is a series of parables Jesus is telling about lost things being found: lost sheep, lost coins, and lost sons.

But that’s not what prodigal means. Prodigal means wastefully extravagant or giving on a lavish scale. Though they sound similar, between those two definitions is a world of difference. You see, God is never wasteful, imprudent, or reckless. God is in every way perfectly generous, perfectly lavish, and perfectly bounteous. In fact, this is the heart of the controversy over the worship song “Reckless Love.” God’s love is certainly overwhelming and never-ending, but reckless? Perhaps it seems so to the world, but the foolishness of God is wiser than men (1 Cor. 1:23-25).

There is a theological doctrine called the simplicity of God which states that the being of God is identical to the attributes of God; that is to say, God is not made of his attributes like goodness, mercy, justice, and love, but he is goodness, mercy, justice, and love. Every attribute of God is identical with his essence. Why does this matter? Well, for starters, we know that we cannot then separate God’s attributes and say things like, God shows justice but God is mercy. No, God simply is whatever he has, and he has everything perfectly.

We can see this in 1 John 4:8, “Anyone who does not love does not know God, because God is love.” Innumerable scriptures talk about the great love of God (John 3:16, Rom. 5:8, Rom. 8:37-39, Isaiah 54:10, Psalm 136:26, Eph. 2:4-5, just to name a few!), but here we see expressly stated that God not only loves but he himself is love. Whether we realize it or not, what we believe about God affects every aspect of our behavior, so it’s important that we understand on a foundational level just who God is.

We don’t have to doubt the prodigality of God; it is all around us in this world. Annie Dillard wrote, “If the landscape reveals one certainty, it is that the extravagant gesture is the very stuff of creation. After the one extravagant gesture of creation in the first place, the universe has continued to deal exclusively in extravagances, flinging intricacies and colossi down aeons of emptiness, heaping profusions on profligacies with ever-fresh vigor. The whole show has been on fire from the word go.”

I have a friend who, if she finds out you are sick with the flu, will leave a laundry basket on your doorstep full of crackers, Gatorade, canned soup, ginger ale, and Lysol wipes. Hers is a generosity I have always aspired to but have never achieved. And to think that her generosity is but a pale shadow of the generosity of God! How much more should I desire to be generous the way my good heavenly father is generous?

The fact is we will never be able to give the way God has given to us in Christ Jesus, and the way he continues to give us every spiritual blessing. But because we have been given so much, the only possible response is to be generous in turn. We don’t work to earn God’s generosity, but we joyfully give because of what we have been given. Brothers and sisters, if your heart is not filled with joy when you consider what God has done, remember that we were all dead in our sin, but then we read those two beautiful words in scripture: but God. “But God, being rich in mercy, because of the great love with which he loved us, even when we were dead in our trespasses, made us alive together with Christ—by grace you have been saved— and raised us up with him and seated us with him in the heavenly places in Christ Jesus, so that in the coming ages he might show the immeasurable riches of his grace in kindness toward us in Christ Jesus. For by grace you have been saved through faith. And this is not your own doing; it is the gift of God, not a result of works, so that no one may boast” (Eph. 2:4-9).

Praise God for the free gift of God. Praise our prodigal father. May we all grow up to be just like him.